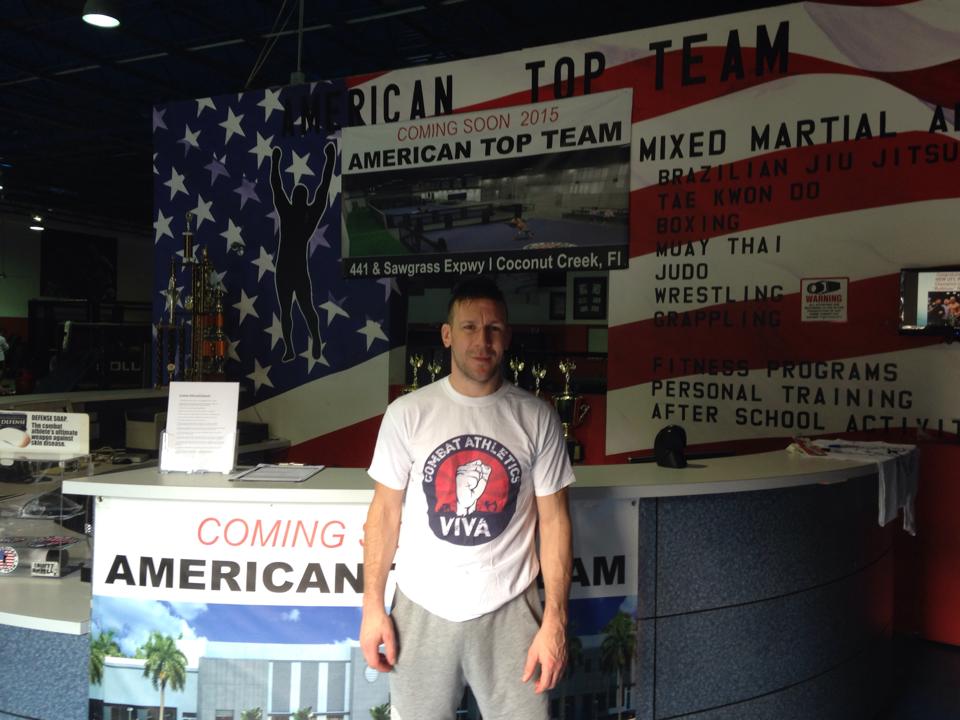 In December, I took the opportunity to train at several gyms in Florida whilst travelling and visiting family.

Since visiting and training at MMA Marrakech, I’ve been keen to experience different gyms, coaching styles/content, training partners, sparring, facilities, and mostly cultures on and off the mat.

After arriving in Tampa, Florida, I spent a day with family. The next day i’m taken for a traditional American breakfast of pancakes and syrup before hiring a car and heading down to Fort Lauderdale.

I get a Whatsapp message on the way down from Chris Clarke, promoter of Budo and The Fight Agency, saying Jeff Monson will be at ATT West Palm Beach and am ok to head over there, train, then get a roll. I’m looking forward that.

I get to where I’m staying for the night in Hollywood, get my training gear together and head off, following the sat nav 30 minutes north, keeping an eye out for any bars close by to call in later if i’m not dead.

I’m genuinely really excited to get on the mats, to roll and learn.

I’m fairly nervous too though; a few days before I left, I got given my purple belt in BJJ.

I don’t question the judgement of others, and Griff, who think I’m of the standard, but I’ve not really had that opinion of myself. I’m nervous because I dont want to let anyone I train under or with, down, even though the ATT guys don’t know who I train with and vice versa. I still want to give a good account of myself and where I train. I’m not bothered about being given a hard time. I’m bothered about being sub standard.

I got on the mat, which was full of blue and purple belts.

We drill from top side control. At least i’m happy here. From there worked on wrapping the far arm with the other guys lapel, before stepping up to set up the arm bar on the near side arm, then a few options off the same set up.

After drilling for 20 minutes, we rolled. I got my first roll as a purple belt with another, then 2 more. The rolls were good. Not particularly polite, nor aggressive, but pretty fast paced. The lads I rolled with were all pretty athletic and technical. I faired well and was happy with where I was at.

It felt good knowing there wasn’t any obvious difference between who I rolled with here, and who I roll with back home. Just all of them good.

There’s no sign of Jeff Monson. But after a lot of flying, driving and eating, I’m not too upset.

I end the session rolling with the coach. A tall, athletic brown belt who was apparently due to get promoted to black a few days later. Again, it was a good roll with him getting the same thing off on me a few times, and me enjoying learning and taking points from it.

After, he paid me the ultimate back handed compliment, telling me I was strong. I thought it was going well til that. One thing i’m aware of now more than ever, is being more technical.

He was a nice guy and didn’t mean any offence I don’t think. I wasn’t offended anyway. I know where i’m at. I hope i’m always honest with myself.

After training I chatted a bit with a lot of the guys.

Everyone I rolled with was pretty solid, without ego or changing the game .Everyone I spoke with was decent and friendly. I’d really enjoyed the session.

When I stepped off, I told the guy behind the counter that I hadn’t paid for the session yet. He was pretty ignorant and told me it was $20 (Around £13). It was a shame, mainly for him, that he was that way. I walked out of the door happy with the previous 60 minutes, but a bit disappointed with the last 1.

Anyway, I headed back to Hollywood for the night, before a change of place to stay and then ATT Coconut Creek tomorrow. I enjoy a few beers and a chat with whoever’s about, but again, excited to get up and train tomorrow….