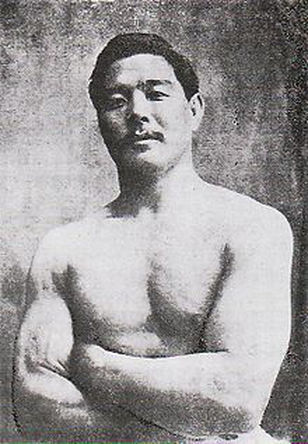 Lineage is important up to a point. Having a traceable lineage is good in that you can verify your instructor’s links and origins in the sport. After one or two degrees of separation it’s hard to say how much influence a person had on you. The people you surround yourself with day in day out are going to have a more profound effect on your training than the instructor you see on infrequent occasions. The second hand influence of instructors you have never met may be undeniably present but the work you, your training partners and coaches put in is certainly where your gratitude should lie. The earlier names on this list are to mark a point of origin historically but with each generation has come new influences, new techniques, evolution and development.

There are some names that do not make it on to this list that I feel do deserve a mention. The first 3 years of my training going from white – purple were spent at SBG training under Karl Tanswell. This is where the core fundamental techniques of BJJ were taught to me and my passion for grappling was born. Karl earnt his Black belt from Matt Thornton someone I have had the fortune to meet on a couple of occasions had a huge influence on who we train. Matt Thorton clarified and modernised much of the views and philosophy around training which we base our gym, Viva. There are many gyms and clubs internationally that are built on the training structure and principles that Matt helped clarify including our own. His message was Aliveness as is ours. He is also a Black Belt under Chris Haueter who crops up further down this list. 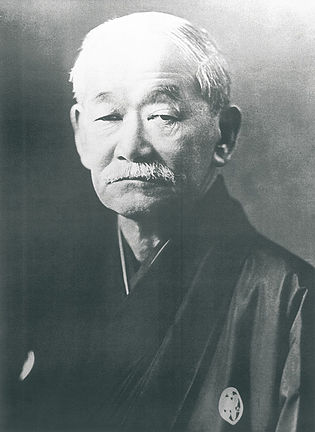 Kano Jigoro
Kano is debatably one of the greatest Martial Artists of all time. The martial arts landscape as we know it today would look very different had it not been for this man. His greatest gift to martial arts was introducing live sparring that was still safe. He took the best from the numerous haphazard styles of Ju Jitsu that were spread across japan at the time and combined them into his new style called Judo. Judo took all the effective techniques from Ju Jitsu removing those to “deadly” or dangerous to train against a fully resisting none compliant partner. After proving the effectiveness of Judo and forming the Kodokan he sent emissaries of the art around the world to share his creation.

Maeda travelled the world engaging in many demonstrations and challenge matches proving the effectiveness of his techniques to all comers. Maeda had the principal that most fights were broken down into phases, striking, grappling, ground etc as we would say now ranges. The he had the idea that a fighter should keep the fight in the phase or range that best suited him. He taught his techniques and training philosophies to Carlos Gracie, Luiz Franca and Oswaldo Fadda amongst others who would later go on to reinvent the art as Brazilian or in the case of the Gracie family, Gracie Jiu Jitsu. 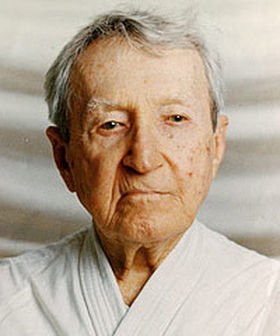 Carlos Gracie, Sr
Carlos saw a demonstration by Maeda and decided to learn Judo from him. After some time training with Maeda he eventually went on to teach his younger brother Helio Gracie. Carlos and Helio are credited with refining and developing the groundwork aspects of Maedas Judo into what became Brazilian Jiu Jitsu. Through the tradition of challenge matches against often larger and stronger opponents they refined the skills and groundwork that allowed them to neutralise the attributes of a larger opponent. Carlos alone had 21 children, 13 of these become BJJ black belts having such an enormous family who were very active in their self promotion this was spread as Gracie Jiu Jitsu. I am lead to believe it re earnt the name of Jiu Jitsu  from Judo as it would have been referenced as Kano Ju Jitsu. The difference in spelling comes from the cultural jump. Jiu Jitsu is now the correct spelling when referring to BJJ and Ju Jitsu or Ju Jutsu is used in reference to Japanese Ju Jitsu, two things which are very far apart now. 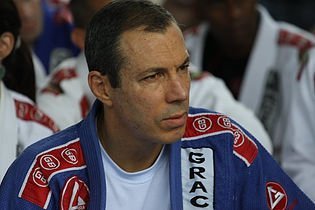 Carlos Gracie, Jr
Carlos, Jr is notable for being the founder of the IBJJF and CBJJF. He also founded the international group Gracia Barra. He fought several Vale Tudo (the fore runner to MMA meaning anything goes) fights. 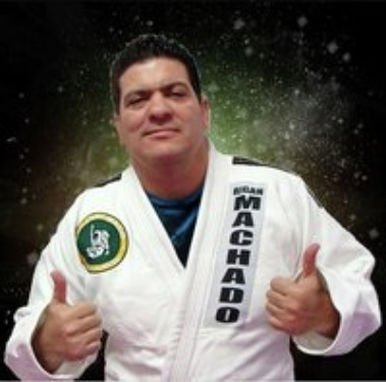 Rigan Machado
Rigan was a prolific grappling competitor, competing in Sambo, Wrestling, Judo and of course BJJ. He was one of the earliest Brazilians to take the sport over to America and coached numerous notable figures including John Will, Rodney King, Chuck Norris and Eric Paulson amongst others. 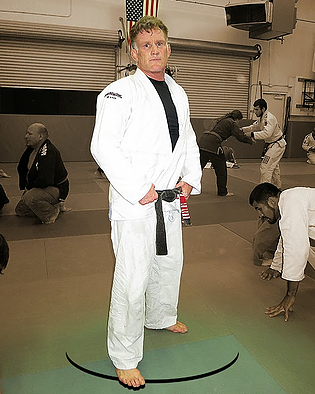 Chris Haueter
Chris is one of the Dirty Dozen, the first 12 none Brazilian BJJ Black Belts. Chris is a lateral thinker and has a very dynamic and interactive coaching style. In Brazil, life generally moves at a different pace to here in the UK. Chris is a seasoned competitor and the first none Brazilian to win a Black Belt match, Chris is most likely one of the main influencers in giving BJJ that Californian feel, very laid back and cool. 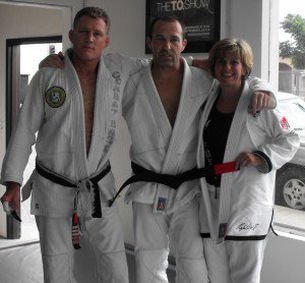 Helen Currie
Helen the first First Women in the UK to receive her Black Belt and is also the first Woman in the UK to award a Black Belt in Brazilian Jiu Jitsu. Helen is significantly smaller than everyone who features in this line up and has a remarkable ability to focus her weight through leverage that makes her feel as heavy as any heavy weight I have trained with. Helen is part of a double team, the other partner, being her actual partner, husband Darren who is also a Black Belt under Chris. Darren is notable for repeatedly coaching people to a grade above him, this is a rare and impressive feat in itself and a testament to his coaching ability. The two of them together organise Combat Base UK. I’ve really enjoyed training under them and they are a great pair who embody honest authentic training for everyone.