With great pride we have now been able to take several people from being complete beginners, right the way up to receiving their Purple Belts. If you haven’t already read our BJJ Blue Belt Requirements post I would strongly advise you head over and read this first.

As you would expect from a progression of belts we look for all of the same qualities at Purple Belt as we do at the lower belts, however we look for more refined and developed aspects of them. Here’s a short video talking about it.

In a nutshell if White-Blue is primarily about acquiring technique, blue-purple is about developing your own style. Being a blue belt means you know the rules and can play the game, but being a purple belt means you’re good at the game and you’ve made it your own. Let’s look at this in finer detail

Qualities we look for,

At this level you’re not only representing yourself, but the gym and other members, so it’s important that you conduct yourself accordingly. Some of the most important things we look for are good sportsmanship, being a good training partner for others and generally being a “good person”, but as these should be default for everyone in the gym, that alone isn’t enough to earn you a purple belt. We look for people who are able to undertake critical self-analysis and critical thinking so as they constantly motivate themselves to perform better, but we also embrace having sharing and discussing opinions about Jiu Jitsu , in order to do this confidently it’s important you have a deep enough understanding of your own game and what works for you to share it, even if it is counter to that of the peer group. When you have sufficiently developed your game to this level, you’ll know when it’s the right time to do the “wrong” ( unconventional) thing and make it work, and have the courage of your convictions and ability to stand by it time and time again. 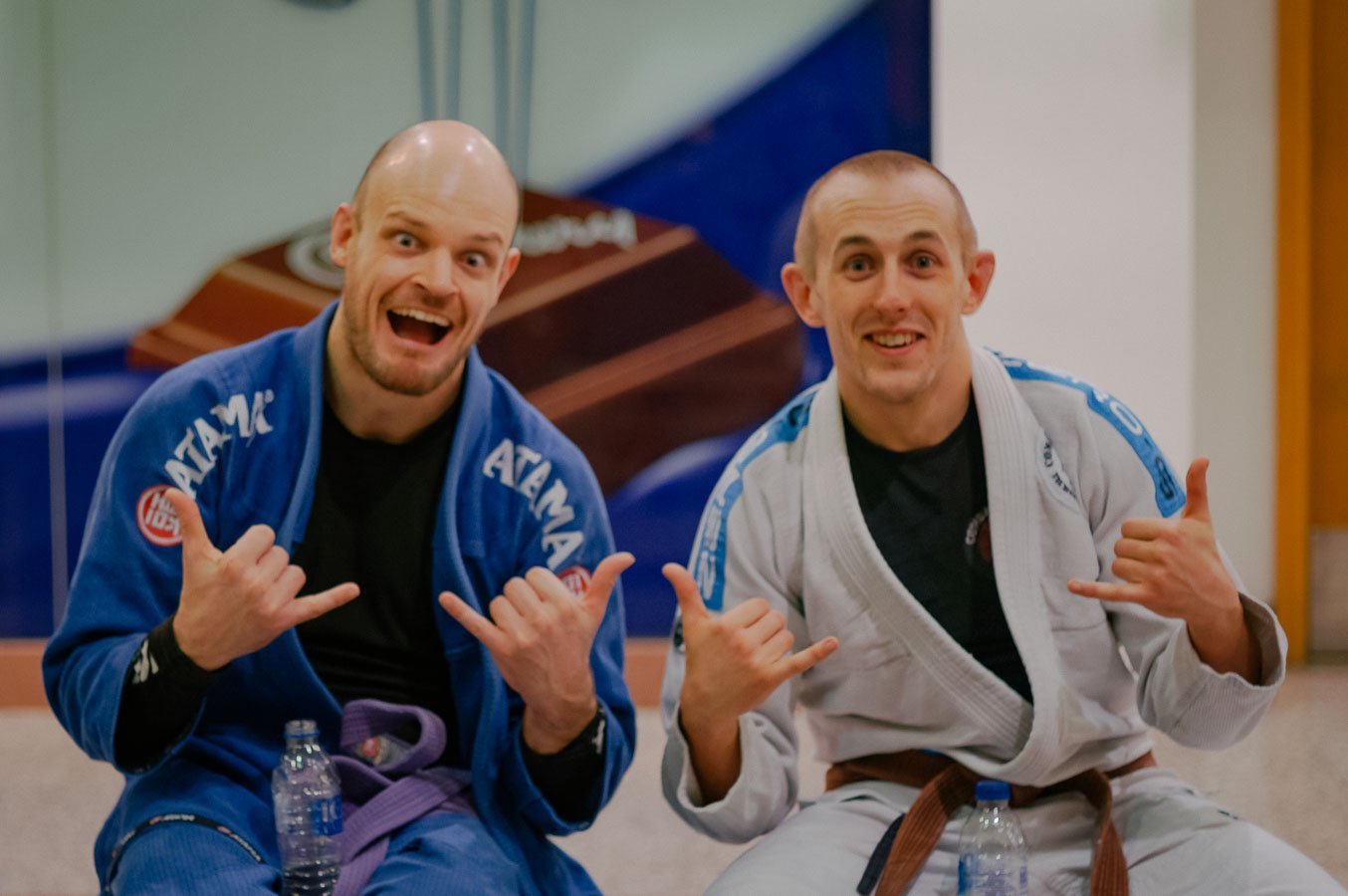 Performance is mostly subjective, which makes it hard to accurately “grade” people into a belt colour at this level. Our measure of performance is trying to make a comparison between who you are right now, and who you might have been had you not have started training. While peer to peer comparison is necessary, we really do try and compare you against yourself as much as possible. Regardless of the sport you do, athleticism will improve with training, but your technical ability, timing, leverage and your ability to manage your attributes are just some of the markers and skills we use when judging your performance. In an ideal world you’d have an identical twin who didn’t train but did some exercise who we could wheel in from time to time as a benchmark. It’s impossible to say after X amount of time you’ll have trained enough to be a purple belt, but as a guide it’s likely to take between 24-60 months ( 400-700 hours) of purposeful practice and training. During that time you’ll have been repeatedly reminded of the core objectives ( fundamentals) for each grappling range or position and will naturally incorporate these into everything you do. No one’s going to do an exam with you and ask you to recite every transition posture or submission, but you are expected to have a high level understanding of these 80 (ish) techniques and how you’d apply them in context. At this level you’ll also be expected to have a broad enough knowledge and enough experience to follow a logical response to anything new. So although you may (or may not) play more specialised components such as “de la riva”, “crucifix” or “north south” you will have an understanding of them and a strategy to either avoid or overcome them.

Style defines the belt, but beards, brogues, cable knits or tattoos won’t get you the belt. We’re not McDonalds and we’re not churning out high quantity low quality generic practitioners that are “ok” but lacking any character or style. To coin a cliché you were born an original, don’t die a copy. We really are looking to see your game style shine through. The purple belts we have in the gym now have such different games you couldn’t easily define a common theme. The common theme though, is that they all know themselves, their strengths, weaknesses and attributes and most importantly their personalities and temperaments. This is testament to the success of the method, allowing and encouraging you to make the game your own. As you progress through the belts, what’s likely to work and what’s less likely to work in a specific set of circumstances ( including the style of your game) becomes intuitive and you’ll be effortlessly chaining attacks and transitions together into combinations. 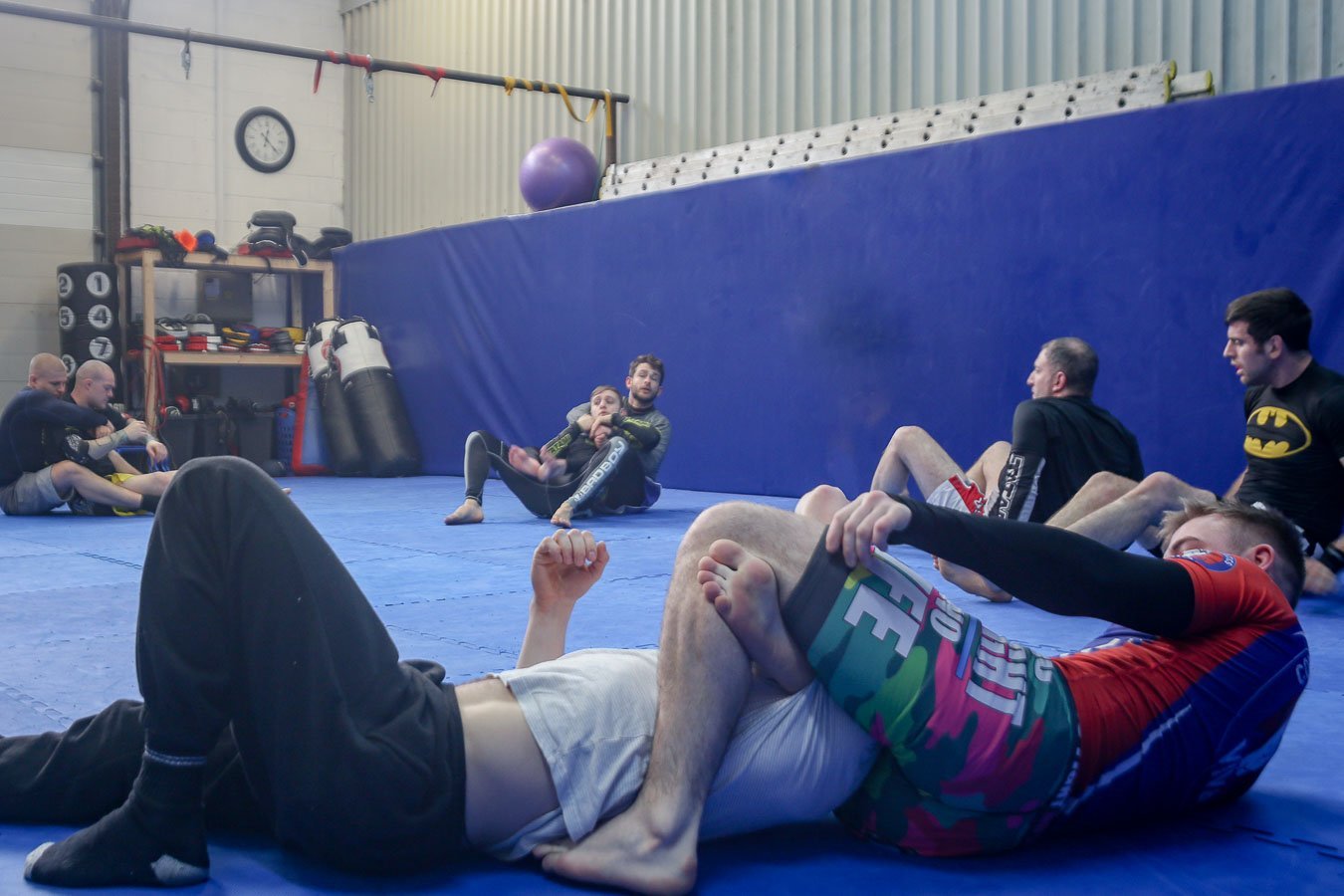 Although this is not unanimously thought, we consider the purple belt the coaching belt because by this time you know enough to show the whole game effectively. In traditional Martial Arts the black belt is used as a marker to instruct, to demonstrate a level of time invested and the level of competency achieved, but In BJJ I would consider a purple belt to near any other black belt in terms of time and achievement. Being a good practitioner and a good coach are not necessarily congruous, knowing how to do a technique doesn’t necessarily mean you know how to teach it or how to structure a grappling program! So in calling it the coaching belt we’re not giving you the job, simply saying that you have a game with enough breadth and experience to show it effectively.

It’s normal for people to look up to you and benchmark off you, this is a compliment and something best positively embraced, feeling like you need to defend the belt can make it hard work when newer less experienced people are hungry for and chasing belts. Don’t sweat, have faith in the process and know pressure makes diamonds.

Most importantly don’t worry about belts, focus on your own personal development and work the strongest and weakest parts of your game. Don’t let your ego hold you back and focus on enjoying training- after all that’s why you do it. 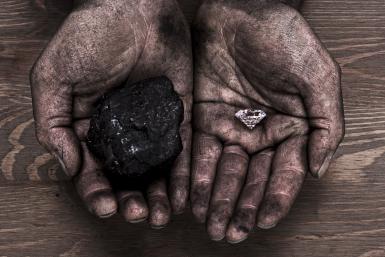